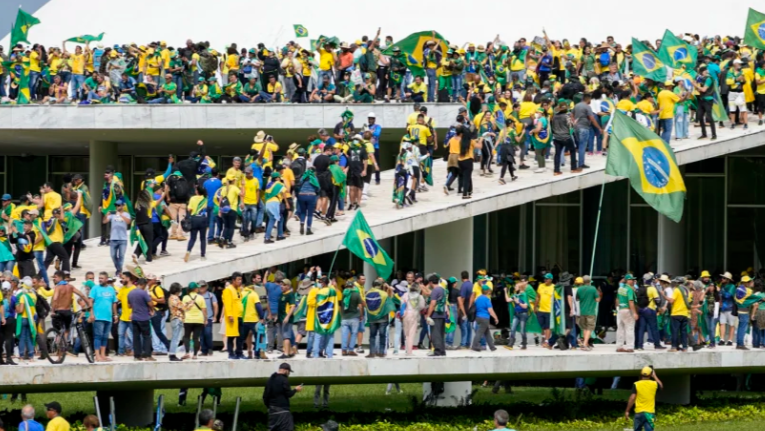 PLANALTO PRESIDENTIAL PALACE Geneva and Davos are at the heart of the Lula administration’s global diplomatic efforts here to reassure the international community that the assault on Brazil’s political institutions will not derail the country’s foreign political agenda and that even if it faces an emergency, the new administration itself is not in a crisis mode.

Brazilian senior government officials and diplomats readily admit that having Brazil perceived as a “problem democracy” could undermine the new government’s ability to play an active role on the multilateral scene.

Lula took office with the promise of rebuilding the country’s credibility in the international arena. An ambition that can only be achieved by reassuring Brazil’s partners about the solidity of the country’s institutions and by making clear that despite deep divisions in the country, the new government is not under any kind of threat.

Brasilia’s message is thus firm and loud. The G|O was told it was relayed by Lula himself and his ministers during the more than 50 conversations and exchanges they had with foreign leaders following the assault on the National Congress, the Supreme Court and the Planalto Presidential Palace.

Brazil’s global diplomatic offensive is coordinated by Mauro Vieira, the country’s new foreign minister, a seasoned multilateral diplomat. Senior Brazilian officials and diplomats told The G|O that stressing the solidity and resilience of Brazil’s democratic institutions was key and that they intended to immediately restore some the institutions dismantled by Jair Bolsonaro during his tenure.

On the multilateral front, one of the first measures taken by the new government was to announce Brazil’s adhesion to the Global Compact for Migration, a UN mechanism shunned and criticized by the Bolsonaro government.

And during the Third Committee of the 77th Session of the UN General Assembly which took place last week at the Palais des Nations in Geneva, Tovar Nunes, Brazil’s ambassador to the UN in Geneva, informed the body that the new administration has reestablished the Ministry of Culture, the Ministry for Racial Equality, the Ministry of Women, and, for the first time, created a Ministry of Indigenous Peoples.

“These changes are required for the advancement of policies in Brazil, in particular protecting the rights of vulnerable groups. My country will also work to see these rights advancing abroad within the UN system and in the Member States,” the Brazilian ambassador stated, denying importance to the coup plotters by never mentioning them.

Strong assurances were sent to the UN Office of the High Commissioner for Human Rights that the rule of law and due process will be applied in holding the perpetrators of the assault accountable, and that the investigation into the riot will be fully transparent.

Volker Türk, the UN human rights chief, offered immediate support: “My Office is ready to support the new Government in tackling the human rights issues Brazil is facing,” he said in a statement. Türk also made clear that the responsibility for the assault lies with Jair Bolsonaro.

“Sunday’s violence was the culmination of the sustained distortion of facts and incitement to violence and hatred by political, social and economic actors who have been fueling an atmosphere of distrust, division, and destruction by rejecting the result of democratic elections,” he said, adding that “accepting the outcome of free, fair and transparent elections is at the heart of fundamental democratic principles. Baseless allegations of electoral fraud undermine the right to political participation.”

Antonio Guterres himself, in Geneva last Monday (January 6) for the International Conference on Climate Resilient Pakistan, voiced his strong support to the new government, telling The G|O he had “full confidence” in Lula’s government to respond to the crisis.

Environment Minister Marina Silva and Finance Minister Fernando Haddad will be attending the annual meeting of the World Economic Forum in Davos next week, carrying with them the new government’s message.

Courted by the WEF, Lula himself decided to give priority to Latin America, as he intends to play a strong role as a regional leader.

Brazil was able to avoid the possibility that an emergency meeting called by the Organization of American States to discuss the situation in the country could be perceived as a sign that Brazil was in crisis. Led by Colombia and Chile, some Latin American countries had pushed the idea of passing a resolution supporting the rule of law in Brazil and condemning the coup. However, instead of having national foreign ministers travel to the OAS in Washington, as the resolution’s proponents had suggested, the meeting was downgraded to ambassadorial level. And no resolution was