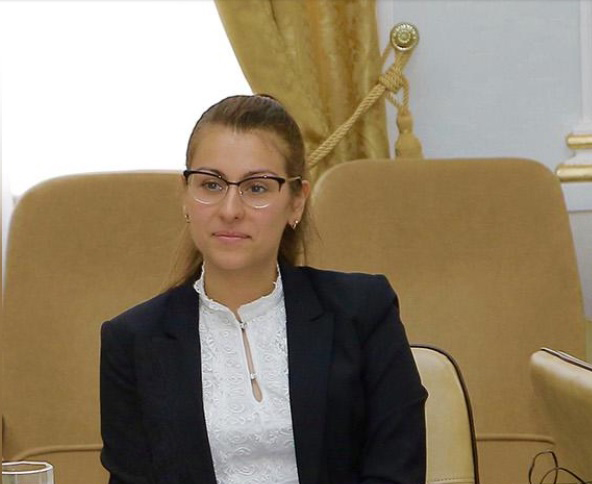 TEMPORARY PROTECTION. What are some of the challenges you faced in coming to Switzerland and also in leaving Ukraine?

Moving to a new country is always a challenge, especially if your country is under Russian military aggression and bombs are falling on your native city. The large number of bureaucratic procedures can probably be called the biggest challenge in Switzerland. There were a lot of steps to go through before receiving permit S, beginning from the appointment in Boudry and ending with different institutions in Geneva.

This caused a little surprise, because in Ukraine we are accustomed to so-called transparent offices (administrative service centers) where you can quickly get the necessary documents without having to go to another city or to other institutions. At the same time, I constantly felt the support of the Graduate Institute, which helped and provided all the necessary documents and contributed in every way at each stage.

Another challenge that could be mentioned and which Ukrainians encounter is the confusion in the definitions regarding the current legal status of Ukrainian citizens in the EU, as well as in Switzerland. It is important to understand that Ukrainian citizens are not refugees, they don’t have such status, as according to Directive 2001/55/EC, which was implemented by the decision of the Council of the EU on 4 March 2022, Ukrainians are granted « temporary protection », not refugee status.

It is also important to remember that there is a big difference between these concepts, both in the process of obtaining these statuses and in the rights granted to the persons concerned.

Ukrainians with temporary protection status have access to education, employment, medical care, they can move freely in EU countries for 90 days within a 180-day period (Ukrainian citizens were granted visa-free travel to the Schengen Area since 2017) and some other rights. Switzerland has followed the EU countries in providing temporary protection to Ukrainians and has a similar procedure as EU.

I think the main challenge faced by all Ukrainians leaving the country during this period was the huge queues at the border, as millions of people tried to save their lives from Russian shelling.

What are some of your future activities at the Geneva Graduate Institute?

Since I received a scholarship from the SNSF, I have the opportunity to conduct research at the Graduate Institute, but also being part of the Department of International Law this year, I will be able to develop and teach two courses.

The first course will be called « Diplomatic and Consular Law ». The second will be related to Russian military aggression against Ukraine in terms of international humanitarian law, international criminal law and the responsibility that Russia must bear for its illegal actions.

Issues related to Russia’s war against Ukraine are now topical not only for my country and for Europe, but for the whole international community. I am very glad that I will have the opportunity not only to carry out certain scientific activities and use the wonderful Library at the Institute, but also to communicate with students and professors here.

As a researcher and now as a scholar at risk, has being forced to flee your home altered your research perspectives?

Yes, of course, the Russian military invasion of Ukraine will significantly affect my further scientific research. Previously, my academic interests included the law of international organisations and the protection of human rights.

What is something you would like people to know about the current war in Ukraine?

On 24 February the Russian Federation launched a full-scale invasion of Ukraine by land, air and sea. It is the biggest attack by one state against another in Europe since World War II. Even the presence of the UN Secretary General, António Guterres, in Kiev in April 2022 did not stop Russia from shelling our capital and Ukrainian territories.

Russia is now committing genocide against the Ukrainian nation, trying to destroy our history and culture, because the targets of Russian missiles from the first days of the war were exactly civilian objects – residential buildings, schools, kindergartens, hospitals, theaters, museums.

It is very important that people around the world understand that Russia has committed and continues to commit a full-scale military aggression against the European democratic country, against Ukraine. Now Ukrainian military forces show amazing courage and resistance. Ukraine effectively defends not only itself, but also European borders, European values and Europe as a whole.

This is the war not only against Ukraine, but also against the whole of Europe and the entire civilized world. It is very important to realise that Russia is an aggressor that must be stopped and punished, because unfortunately if the international community does not do this, Russia will never stop and will continue to invade other Europeans countries.

In line with its Charter, the Geneva Graduate Institute welcomes a diversity of opinions and perspectives in its news. The views expressed in the different news articles on the Institute’s website belong to their individual authors and are published to inform as well as open critical dialogues.