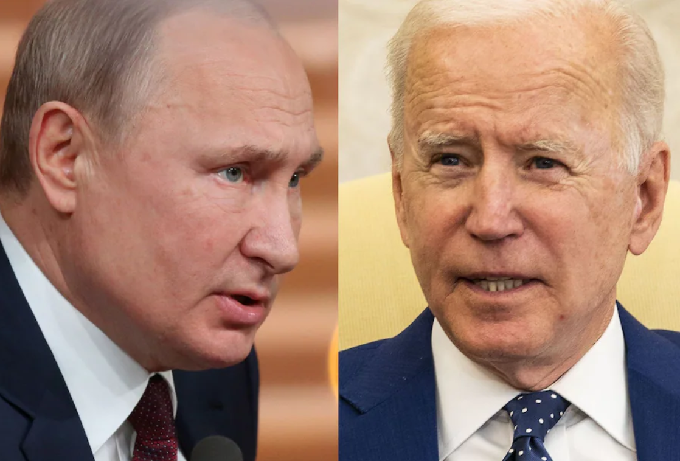 SWEET GENEVA As President Vladimir Putin’s Kremlin aides prepare their boss for his meeting with President Biden in Geneva later this month, you can be sure that their talking points won’t include suggestions for “improving relations with the United States.”

Putin has rarely walked into a meeting with any head of state with the aim of improving relations. That certainly wasn’t his goal in meetings with U.S. and European leaders after 2014, when Russia annexed Crimea, intervened in eastern Ukraine and permanently ended aspirations for cordial relations with the West. In Putin’s worldview, the United States is Russia’s main adversary. Putin, therefore, will not be offering Biden creative initiatives for win-win outcomes between the United States and Russia. He only hopes for concessions.

Biden’s national security team should take the same approach — and observers of the Geneva summit should adjust their analytical framework for evaluating winners and losers accordingly. Biden’s goal should not be “improved relations with Russia.” Instead, Biden and his team should define concrete security, economic and value-related goals they seek to achieve, and then brace for disappointment.

In foreign policy, engagement, such as the Geneva summit, is a means to concrete ends — not a goal in and of itself. At a minimum, high-level meetings can reduce misperceptions between countries, a worthy if modest goal for Biden and Putin given the low number of contacts between U.S. and Russian senior officials these days.

As a means, engagement between leaders also can produce momentum toward mutually beneficial objectives, or “deliverables” in State Department-speak. At earlier moments in U.S.-Russian relations, the agenda of win-win outcomes was large, be it cooperating on arms control in the Reagan-Gorbachev era, working together on domestic reforms and international integration during the Clinton-Yeltsin years, or fighting global terrorism during the early Bush-Putin period. When President Barack Obama met his counterpart Dmitry Medvedev, concrete summit objectives included New START (Strategic Arms Reduction Treaty), multilateral sanctions against Iran, securing supply routes through Russia to U.S. soldiers in Afghanistan, and increasing trade, investment and people-to-people ties.

None of these agenda items will be on the table in Geneva. Putin’s recent belligerent behavior abroad and growing repression at home make such cooperation impossible. Judging by his actions, Putin does not want a stable, predictable or normal relationship with Washington. He needs the United States as an enemy.

There is, however, a narrow agenda available for bilateral cooperation for Geneva. The two leaders could launch strategic stability talks. Biden and Putin have rightly extended New START. But a subsequent arms-control treaty will be difficult to complete before New START expires five years from now, since nonstrategic nuclear weapons and new delivery vehicles must be part of a new deal. Negotiators need to start now.

Next, a series of consulate closures and diplomatic expulsions, as well as reduced hiring of Russian staffers at U.S. diplomatic missions, have brought public diplomacy and visa issuance to a near halt. Biden and Putin should reverse this trend. And that’s it — that’s the cooperative bilateral agenda. The remaining time in Geneva should focus on issues of disagreement, such as Putin’s persecution of opposition leaders, the detention of Americans, Belarus, Ukraine, cyberattacks, assassination attempts and microwave-radiation attacks.

The multilateral agenda is potentially broader. Working together with their international partners, Biden and Putin should commit to cooperating on stopping Iran’s nuclear weapons program, providing humanitarian assistance to Syrians, fulfilling the Minsk agreement on eastern Ukraine, and working together on covid-19 and climate change. Even in multilateral settings, however, the possibilities for cooperation are limited.

Once the Geneva summit is over, Biden and his team should not hope to forget about Russia. They cannot freeze U.S.-Russia relations in place to focus on the greater challenge of China. As Putin recently proved by amassing Russian soldiers on the Ukrainian border or unleashing more cyberattacks, he’s not going to allow that. Nor should Biden’s Russia policy become a derivative of his China policy. (For Biden to pursue his own version of the Nixon-goes-to-China strategy would be a huge mistake. It won’t work.)