Interview. Emile Hirsch. “It was like hitting the lottery”.

Young Man. Emile Hirsch was born in Palms, California, to Margaret (Davenport) and David Hirsch. He grew up in Los Angeles and Santa Fe, New Mexico, and having been introduced to acting while still at school, he got his first acting job on TV at the age of 11 in an episode of Kindred: le clan des maudits (1996). More TV work followed until he made his Hollywood debut in The Dangerous Lives of Altar Boys (2002) and doesn’t seem to have been out of work since.

Mr. Hirsch, did you grow up faster because you started working at such a young age?

Is that why you took a two-year break from working a few years ago?

I’d been acting ever since I was a little kid and I never really stopped for more than four or five months and it was a good time to kind of kick back and do some traveling and do things that weren’t just acting. I traveled with Oxfam America on a couple trips to Africa, I climbed Mt. Kilimanjaro for a water charity, I had a serious girlfriend and I was just enjoying life to a certain extent and not worry about what I’m doing next. I feel like that time off was really good for me.

Did you miss out on anything during your time off?

I don’t think my agents told me. Actually, I hope they didn’t tell me. (Laughs)

Are you happy with where your career is at this point?

I am very comfortable with the profile I have right now. I can make the films I want to make but at the same time I can still walk around without too much attention. I don’t get mobbed by crazy, rabid thirteen-year-old girls and that is nice for me.

Yeah, to be able to do what I want and a little bit of privacy is nice. It might not last forever. You could make that one movie and suddenly you can’t walk around anymore. 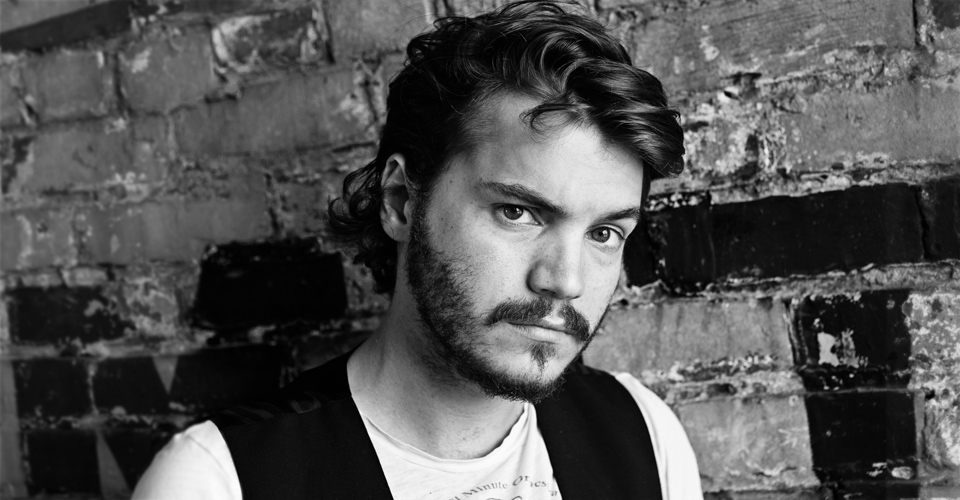 For you it could have already happened with Darkest Hour or Speed Racer.

Yeah absolutely, you never know. I am not avoiding it, but I am pretty chill.

Both of these films didn’t really perform to the studio’s expectations. Is there a lot of pressure on you, the lead actor, for the film to succeed at the box office?

Not really. I feel like there is more pressure on the production maybe because they need to make back the money, but in terms of pressure on the actor I don’t know about that.

So nobody points any fingers at the actors?

Anyone who thinks that someone is not going to be blamed for something is kidding themselves. When was the last time anyone didn’t get blamed for anything, you know? As soon as there is any type of something that doesn’t make a ton of money everyone points a finger in every direction. It is just the way it is, but there are way worse things in the world than that.

Why do you do studio films?

Definitely not for the paycheck. (Laughs) With The Darkest Hour I wanted to play a leading role in a studio movie because I thought it would be a cool chance to make a 3D movie and a genre movie. But shooting in those conditions is more difficult. I find it much easier to make a movie where it is more a character piece than a genre film.

Especially when an actor that you admire is already connected to a film?

Absolutely. When I got sent a script with Penelope Cruz attached, I started reading it and thought, “God this is a really good drama.” And then I got to the sex scenes and I was like, “Woah, this is crazy, I am in.” She is an amazing actress and she is one of the hottest women in the world so that was a no-brainer for me. It was like hitting the lottery.

What about directors? You’ve worked with legends like William Friedkin and Oliver Stone. Do you have a favorite one?

I don’t have a favorite. The thing about it is that they are all slightly volatile, violent personalities so they could all potentially come and get me if I answered that. Friedkin for example is a live wire. He enjoys the extremes. There’s a drama that he creates and allows and he can be very volcanic. There’s an intensity. Working on that film there might have even been a gun that went off at one point to shake up an actor, not going to get into too many details about that.

I don’t know. All I know is that there was a very loud bang to shake up an actor. They don’t call it “shooting” for nothing!

I do. I found myself very comfortable when he would engage me in that way. He would come up to me and he would push for more. To me, those types of directions and demands make the work lot of fun and a lot more fun than it could be.

It’s at least better than being reduced to a mannequin.

But that’s something that can strangely be its own type of tedious reward as an actor, too. Friedkin is the kind of guy who just throws you in the race car, ties your foot to the accelerator, slams your knee down, and you’re just going.(the Talks)