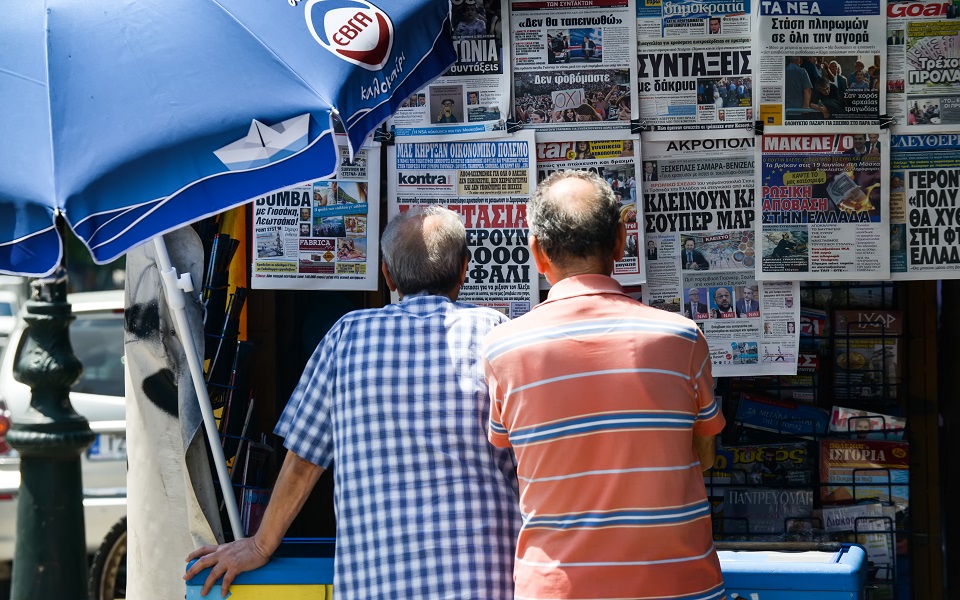 STATE OF SHOCK To every reasonable observer out there, our world seems all the more incomprehensible. This is one of the biggest problems of our day. It’s not so much the events per se but rather the way in which these are perceived, broadcast or shared. There is a subtext of fear and anger or passivity and cynicism which gradually consolidates. And here lies the greatest risk: People are getting used to the irrational. The rational sequence is disrupted.

People now suffer from the angst of the pandemic, the angst of economic uncertainty, the angst of geopolitical instability. An entire generation, the people between the ages of 20 and 30, have come to understand the world through a prism that is exceedingly more complex than that of its predecessors, notwithstanding the tectonic changes of the 1980s and 90s.

As Afghanistan sweeps the screens of hundreds of millions of households around the globe, people have already come to accept the idea that “everything is possible.” The idea that every outlandish scenario is a probability that can strike not very far from our middle-class home has become settled in our subconscious for two decades now. Since the 9/11 terror attacks – really, what an abhorrent way to turn the century – the incomprehensible has become part of the new reality.

All these years, the world changed rapidly. And while we clearly focus on events, we probably underestimate the psychological dimension of the breakdown. The average citizen around the globe is in a state of shock. The transformation has occurred in a silent and gradual fashion since the beginning of the century. The dissemination of true and false information is turning the citizens of the 21st century into a subject of political experimentation and expediency.

It takes a lot of inner balance, composure, phlegmatism and contemplation to weather that end-of-the-world feeling.

As our world grows more incomprehensible, political opportunism will intensify. It is likely that in our time we will have to bid farewell to our trust in the institutions, the welfare state, and the hierarchy of the postwar order.