ROSS ULBRICHT CONCEIVED of his Silk Road black market as an online utopia beyond law enforcement’s reach. Now he’ll spend the rest of his life firmly in its grasp, locked inside a federal penitentiary.

On Friday Ulbricht was sentenced to life in prison without the possibility of parole for his role in creating and running Silk Road’s billion-dollar, anonymous black market for drugs. Judge Katherine Forrest gave Ulbricht the most severe sentence possible, beyond what even the prosecution had explicitly requested. The minimum Ulbricht could have served was 20 years.

“The stated purpose [of the Silk Road] was to be beyond the law. In the world you created over time, democracy didn’t exist. You were captain of the ship, the Dread Pirate Roberts,” she told Ulbricht as she read the sentence, referring to his pseudonym as the Silk Road’s leader. “Silk Road’s birth and presence asserted that its…creator was better than the laws of this country. This is deeply troubling, terribly misguided, and very dangerous.” 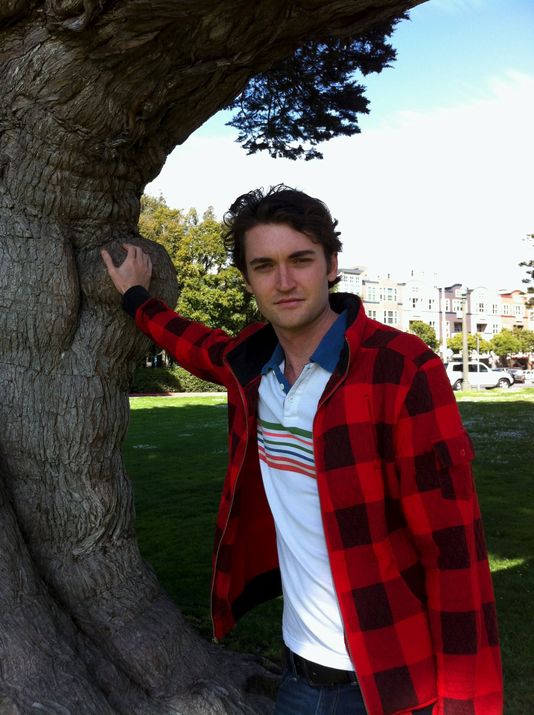 In addition to his prison sentence, Ulbricht was also ordered to pay a massive restitution of more than $183 million, what the prosecution had estimated to be the total sales of illegal drugs and counterfeit IDs through the Silk Road—at a certain bitcoin exchange rate—over the course of its time online. Any revenue from the government sale of the bitcoins seized from the Silk Road server and Ulbricht’s laptop will be applied to that debt.

Ulbricht had stood before the court just minutes earlier in navy blue prison clothes, pleading for a lenient sentence. “I’ve changed. I’m not the man I was when I created Silk Road,” he said, as his voice grew hoarse with emotion and cracked. “I’m a little wiser, a little more mature, and much more humble.”

“I wanted to empower people to make choices in their lives…to have privacy and anonymity,” Ulbricht told the judge. “I’m not a sociopathic person trying to express some inner badness.”

Ulbricht’s sentencing likely puts the final seal on the saga of Silk Road, the anarchic underground market the 31-year-old Texan created in early 2011. At its peak, the Dark Web site grew to a sprawling smorgasbord of every narcotic imaginable—before Ulbricht was arrested in a public library in San Francisco in October of 2013. Eighteen months later, he was convicted in a Manhattan court on seven felony charges, including conspiracies to traffic in narcotics and launder money, as well as a “kingpin” charge usually reserved for the leaders of organized crime groups.

Two of those seven charges were deemed redundant and dropped by the prosecution just days before the sentencing, though that technical change to the charges didn’t lessen Ulbricht’s mandatory minimum sentence—or his ultimate punishment.

Ulbricht’s defense team has already said it will seek an appeal in his case. That call for a new trial will be based in part on recent revelations that two Secret Service and Drug Enforcement Administration agents involved in the investigation of the Silk Road allegedly stole millions of dollars of bitcoin from the site. One of the agents is even accused of blackmailing Ulbricht, and of allegedly selling him law enforcement information as a mole inside the DEA. But the judge in Ulbricht’s case ruled that those Baltimore-based agents weren’t involved in the New York FBI-led investigation that eventually took down the Silk Road, preventing their alleged corruption from affecting Ulbricht’s fate.

Speaking to press after the sentencing, Ulbricht’s lead attorney Joshua Dratel said that Forrest’s sentence was “unreasonable, unjust, unfair and based on improper consideration with no basis in fact or law.” He added: “I’m disappointed tremendously.”

In emotional statements at the hearing, the parents of drug users who had overdosed and died from drugs purchased from the Silk Road called for a long sentence for Ulbricht. “I strongly believe my son would still be alive today if Mr. Ulbricht had never created Silk Road,” said one father whose 25-year old son had died from an overdose of heroin, requesting “the most severe sentence the law will allow.”

In the weeks leading up to his sentencing hearing, Ulbricht’s defense team attempted to lighten his punishment with arguments about his motives and character, as well as emphasizing the Silk Road’s positive effect on its drug-using customers. In more than a hundred letters, friends, family, and even fellow inmates pointed to Ulbricht’s idealism and lack of a criminal history. And the defense argued that Silk Road had actually reduced harm in the drug trade by ensuring the purity of the drugs sold on the site through reviews and ratings, hosting discussions on “safe” drug use, and giving both buyers and sellers an avenue to trade in narcotics while avoiding the violence of the streets.

But the prosecution countered that any protection the Silk Road offered drug users was dwarfed by the increased access it offered to dangerous and addictive drugs. And beyond the two parents who spoke at the Friday hearing, it pointed to six individuals who it claimed had died of drug overdoses from drugs purchased on the Silk Road.

In her statement preceding Ulbricht’s sentencing, Judge Forrest fully sided with the prosecution against the defense’s “harm reduction” argument, arguing that the Silk Road vastly expanded access to drugs. “Silk Road was about fulfilling demand, and it was about creating demand,” she said. “It was market-expanding.”

She also tore into the argument that the Silk Road reduced violence in the drug trade, pointing out that most of the academic papers submitted by the defense to support that argument focused only on the protection for the final buyer of drugs. But that digital remove, she argued, did nothing to prevent violence at any other point in the narcotics supply chain, from production to distribution. “The idea that it’s harm reducing is so very narrow,” she said. “It’s…about a privileged group, sitting in their own homes, with their high speed internet connections.”

The Justice Department also argued in their letter to Judge Forrest that Ulbricht should be made an example of to stop even more Dark Web market kingpins from following in his footsteps. After all, dozens of copycat sites and advancements on the Silk Road market model have sprouted in the years since its takedown, including the Silk Road 2, Evolution, and the currently largest Dark Web black market to survive law enforcement’s attacks, Agora. To combat the spread of those anonymous bazaars, prosecutors asked Judge Forrest to “send a clear message” with a sentence for Ulbricht well beyond the mandatory minimum.

Judge Forrest sided with the prosecution on that point, too, arguing that she needed to create a strong deterrent for the next Dread Pirate Roberts. “For those considering stepping into your shoes…they need to understand without equivocation that there will be severe consequences,” Forrest said.

The defense’s arguments about Ulbricht’s character and his idealistic motives were also undercut by accusations that Ulbricht had paid for the murder of six people, including a potential informant and a blackmailer. Those accusations never became formal charges in Ulbricht’s case—five out of six of the murder-for-hires appear to have been part of a lucrative scam targeting Ulbricht, with no actual victims.

But those murder accusations nonetheless deeply colored Ulbricht’s trial, and strongly influenced his sentence. “I find there is ample and unambiguous evidence that [Ulbricht] commissioned five murders to protect his commercial enterprise,” Forrest said, leaving out one alleged attempted murder for which Ulbricht was charged in a different case.

With those attempted murders as context, Forrest was merciless in her assessment of Ulbricht’s seeming multiple personalities: the altruistic and admirable young man described in the letters sent to her as evidence of his character, versus the callous drug lord she saw in his actions. “People are very complicated, and you are one of them,” she said simply. “There is good in you, Mr. Ulbricht. There is also bad. And what you did with the Silk Road was terribly destructive.”

In his own letter to the judge ahead of sentencing, Ulbricht took a more personal tact, promising that he had learned that the Silk Road was a “terrible mistake” and a “very naive and costly idea” that he regretted and wouldn’t repeat. He pleaded for a chance at freedom in the decades after his incarceration.

“I’ve had my youth, and I know you must take away my middle years, but please leave me my old age,” he wrote. “Please leave a small light at the end of the tunnel, an excuse to stay healthy, an excuse to dream of better days ahead, and a chance to redeem myself in the free world before I meet my maker.”

But in her sentencing statement, Forrest denied even that the Silk Road was a naive experiment, or some sort of youthful mistake. “It was a carefully planned life’s work. It was your opus,” she said. “You wanted it to be your legacy. And it is.”