Science at the multilateral table 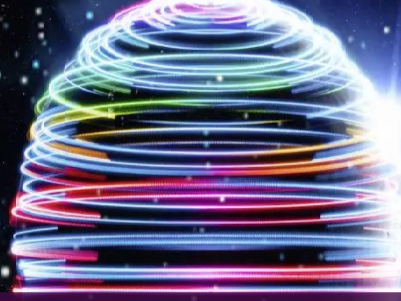 QUANTUM Geneva is in full GESDA mode. The Geneva Science and Diplomacy Anticipator  opened its second summit yesterday. Since its creation in 2018, GESDA has billed itself as a “think and a do tank.”

Yesterday, its initiators opted to put their emphasis on the “do” by unveiling two concrete projects: the creation of an Open Quantum Institute (OQI) and a Global Curriculum on Science Diplomacy. As quantum computing is widely perceived – all hype aside – as a profoundly disruptive scientific and technological breakthrough, GESDA is clearly hoping to avoid letting history repeat itself when Geneva and Switzerland let the World Wide Web, invented here at CERN and freely shared at the time, become dominated by a small group of private companies.

At the core of GESDA’s mission and raison d’être lies the conviction that science and technology should be treated as a common good. “OQI,” GESDA President Peter Brabeck-Lethmate said yesterday, “is the first prototype action to accelerate the development and use of emerging technologies for the benefit of all.”

For many, quantum computing is one of science’s critical new frontiers. Three years ago, Google announced it had reached a milestone and, thanks to a quantum computer, performed in a mere three minutes and 20 seconds a calculation that today’s supercomputers would have needed about 10’000 years to achieve. Speed is only one of its attributes and maybe not even the most important. The promise of quantum computing is its potential to solve problems and challenges that are intractable today. Quantum computers could help us create new drugs, develop more efficient batteries or solar panels, and lead to the discovery of new fertilizers. As such, they could be instrumental in supporting countries to meet the objectives of the UN Sustainable Development Goals and beyond.

Scientists agree that it will take time, most likely a few years, before quantum computers will migrate out of research labs.

Therefore, now is the time, according to CERN Director-General Fabiola Gianotti, to get ahead of the curve. This thinking was a key motivation for GESDA to make quantum computing an area of focus when it unveiled its Science Breakthrough Radar® last year. With more than 700 hundred top scientists from around the world contributing, the Radar maps scientific advances and their potential over the next 5, 10, and 25 years.

“The time is ripe for quantum,” Gianotti told the GESDA audience, with “massive investments in public and private money made in the field, in the order of billions.” However, she warned, “the current model of scientific development is unsustainable” as science and technology too often end up in private hands or benefit only a few countries, creating a two-speed world. “ We need,” she said, “to ensure open access to science and technology, to health and education,” and this is how the development of such technologies “should be framed.”

Being able to frame it in this way, however, is undoubtedly OQI’s biggest challenge. For one, Big Tech companies are richer and more powerful than some states and are already trying to dominate the field.  Furthermore, science and technology are firmly at the center of the rivalry between the US and China. Both countries are massively investing in quantum and A.I. to outcompete each other.

GESDA’s architects readily admit that they are launching their initiative in foul weather marked by great stress in the multilateral system and destabilizing geopolitical tensions. One more reason, given the size of the challenges, they say, to move forward. They also put their faith in what they see as GESDA’s distinguishing advantage: the fact that was conceived and is now driven by scientists, not politicians or entrepreneurs. “Collaborating and sharing on a global scale is in scientists’ DNA; this is how we work,” Dr Urbasi Sinha, professor at the Quantum Information and Computing Lab of the Raman Institute of India, told  The G|O. Patrick Aebischer, former EPFL Director and main architect behind the GESDA had a similar take: “I think that up until now, what has been missing in multilateralism is precisely the fact that scientists were not at the table. I am not saying that scientists are better people, I am saying that it brings another way to think about” cooperation and collaboration.

GESDA’s initiators also consider International Geneva’s ecosystem a considerable asset. If we just think about innovation in science, Aebischer said, “intellectual property and patents are essential elements that can determine if technology will or will not be commercialized. Having the World Intellectual Property Organization (WIPO) here is extremely important, as countries abide by the organization’s rules. »

The creation of a Global Science Curriculum, also announced on the Summit’s opening day, aims to further ensure that, with science seated at the multilateral table, conversations can be better informed. “Scientists and diplomats lack a common language, a common mindset, and a natural place to engage and exchange views. When scientists make new discoveries in the lab, they typically don’t know the practical uses or potential impacts, positive or negative, that those discoveries might have on society. Diplomats negotiating to solve global problems often don’t know which scientific evidence or advances are the most likely to turn into solutions, since the technologies are changing so quickly,” GESDA explains in a press release.