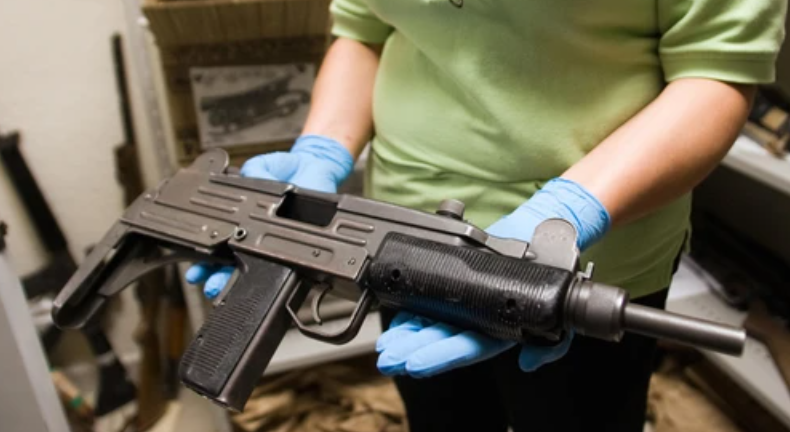 CULIACÁN, Mexico — A 15-year-old girl in the Mexican state of Sinaloa was killed when she tried to film herself posing with a 9mm Uzi submachine gun for a TikTok video.

The accident emphasizes the increasing attraction of the narco lifestyle to young people in the state, which is home to the legendary drug cartel of the same name.

Yazmín Esmeralda was visiting her grandmother in the small town of Guasave, not far from Sinaloa’s west coast, with her mother and younger brother last month when the incident happened, according to press reports.

She found the weapon at the bottom of a bedroom closet, and asked her brother to film her holding the gun so she could upload it onto TikTok, according to interviews her family gave to the local press, as well as the state prosecutor’s office.

But the gun went off by accident, killing her instantly. Yazmin’s mother was awakened by the sound of the shots, according to an interview with her in the local media.

It’s not clear how the automatic weapon came to be in the house, Sara Bruna Quiñonez Estrada, Sinaloa’s state prosecutor, told VICE World News. Mexico’s army stopped using 9mm Uzis after it became clear that the safety lock was difficult to use and that the weapon had the tendency to go off accidentally, she said.

Plus, it’s extremely hard for civilians to own weapons legally in Mexico. Permits are expensive and take years to obtain, and there is only one official gun shop in the country. But Mexico is awash with illegal weapons, thousands of which are bought in U.S. gun shops and then trafficked south illegally across the border, mostly to arm Mexico’s cartels.

“The fact that there were weapons in the house, that weren’t controlled, is the responsibility of the adults who knew there were children in the house,” said Quiñonez Estrada.

Sinaloa is the home of the cartel once headed by Joaquín “El Chapo” Guzmán, who is now serving life in a maximum security prison in Colorado in the U.S. A humble farmer from the municipality of Badiraguato in Sinaloa, Guzmán grew the cartel into one of the most successful criminal organizations in the world. He was seen as a benefactor to poppy and marijuana farmers in the Sinaloa’s mountains.

“That she chose to record a clip [in that way] shows that our youth is immersed in that culture,”