Peter Manso, Biographer of Brando and Mailer, Dies at 80

BRANDEAU His relationship with his subjects and critics could be tempestuous. His interview with Mayor Edward I. Koch for Playboy may have cost Koch the governorshi

Peter Manso in 2008. His biographies of Marlon Brando and Norman Mailer were years in the making and mammoth in length.Credit…Noah Berger for The New York Times

Peter Manso, an embracing biographer of Marlon Brando and Norman Mailer and a journalist whose piercing interviews with Arnold Schwarzenegger and Edward I. Koch returned to haunt them when they ran for the governorships of California and New York, respectively, died on Wednesday at his home in Truro, Mass., on Cape Cod. He was 80.

The cause was heart failure, his wife, Anna Avellar, said.

A New York native who fancied racing and writing about fast cars, Mr. Manso preferred an unhurried, painstaking, scholarly approach to researching what proved to be mammoth oral biographies, consisting heavily of transcribed interviews. The 768-page “Mailer: His Life and Times” (1985) took him six years to write. He worked for eight years on his definitively titled “Brando: The Biography” (1994), which weighed in at 1,160 pages.

In The New York Times Book Review, Barbara Goldsmith called Mr. Manso’s book on Mr. Mailer “the quintessential celebrity biography.” Christopher Lehmann-Haupt wrote in The Times that the size of the book “seems just plain ridiculous,” but “try dipping into Mr. Manso’s interviews without at once becoming addicted.”

Mr. Manso wrote prolifically for magazines (many of his articles were translated into French and published in the newspaper Paris Match as well) and was the author of several other books, including “Ptown: Art, Sex and Money on the Outer Cape” (2003), and “Reasonable Doubt: The Fashion Writer, Cape Cod, and the Trial of Chris McCowen” (2011), in which he challenged the conviction of a 34-year-old garbage collector with a low I.Q. in the 2002 stabbing death of Mr. Manso’s neighbor Christa Worthington, a 46-year-old fashion writer and single mother from an old Cape Cod family.

His relationships with his subjects and critics of his works were often tempestuous.

He and Mr. Mailer, who early on shared a house on Cape Cod, in Provincetown, later traded insults over the way the author was portrayed in what had begun as an authorized biography. The Oscar-winning screenwriter Jeremy Larner, a friend of Mr. Manso’s, recalled that “Mailer quickly went past the limits of what could be forgiven” and that Mr. Manso had reciprocated.

The critic Dwight Garner’s panning of “Reasonable Doubt” in The Times — he called the book “a disaster, at once lumpen and bonkers” — prompted Mr. Manso to write a 700-word letter to The Times in response.

He later told Women’s Wear Daily: “This is a review designed to kill a book, not to describe a book or its shortcomings” — particularly since Mr. Garner had tended to agree with the author’s conclusion that the defendant in the case had been railroaded.

In 1982, shortly after Mr. Koch, the New York City mayor, declared his candidacy in the Democratic primary for governor, Playboy magazine published an interview conducted by Mr. Manso several months earlier. In it, the mayor mocked the suburbs as “sterile” and life in rural upstate as worse, even when compared to the rigors of subway riding and other banes of city living.

“As opposed to wasting time in a car?” the mayor said, guffawing. “Or out in the country, wasting time in a pickup truck? When you have to drive 20 miles to buy a gingham dress or a Sears, Roebuck suit? This rural America thing — I’m telling you, it’s a joke.”

Mr. Koch lost the Democratic nomination that year to Mario M. Cuomo, thanks in part to the interview.

In August 2003, when Arnold Schwarzenegger was running for governor of California, he was embarrassed when a 1977 interview with Mr. Manso in Oui, an adult magazine, resurfaced. In the article Mr. Schwarzenegger had acknowledged taking part in group sex and using marijuana and hashish.

Confronted with the article, Mr. Schwarzenegger explained that he was 29 at the time and, as an actor, had no intention then of pursuing a political career. Californians apparently accepted his explanation. They voted to recall Gov. Gray Davis, a Democrat, and replaced him with Mr. Schwarzenegger, a Republican.

Peter Manso was born on Dec. 22, 1940, in Manhattan. His father, Leo Manso, was a painter and collagist. His mother, Blanche (Rosenberg) Manso, was a dealer in Asian Indian antiques.

His parents were immersed in the Provincetown artists and writers scene, and Peter mingled frequently there. He graduated from the High School of Music and Art in Manhattan when he was 16.

“He was funny, he was jaded, he was hilarious,” his friend Eugene Fedorko was quoted as saying in The Cape Cod Times. “He was a supernova among the rest of us fireflies.”

Mr. Manso earned a bachelor’s degree from Antioch College in Yellow Springs, Ohio, in 1961 and a masters from Johns Hopkins in 1962. After teaching for a year at Rutgers University, he turned to writing, studied for a doctorate in American literature at the University of California, Berkeley, in 1968 (though he never submitted a dissertation to earn a Ph.D.) and helped manage Mr. Mailer’s chaotic campaign for mayor of New York in 1969.

He had homes in Berkeley and Provincetown, where he faced charges of possessing an unregistered gun — retaliation, Mr. Manso said, for criticizing the local prosecutor in “Reasonable Doubt.” A longtime friend, the author David Reid, described Mr. Manso as “my turbulent neighbor.”

In addition to Ms. Avellar, whom he married in 2003, he is survived by his brother, Victor; two stepsons, Chad and Anson Avellar; and two grandchildren.

Before he died, he was working with Mr. Mailer’s son Michael, a producer and director (and Mr. Manso’s godson) on a documentary film about an unsolved murder in Provincetown.

An earlier version of this obituary referred incorrectly to Mr. Manso’s academic career. Though he studied for a doctorate in American literature at the University of California, Berkeley, it was not the case that he earned one there. He had advanced far along toward receiving the degree but never fulfilled the requirement of submitting a dissertation.BRANDEAU 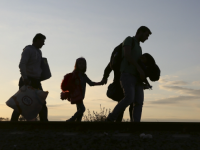 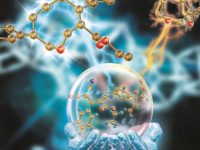 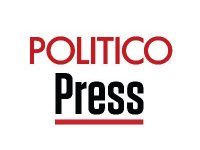 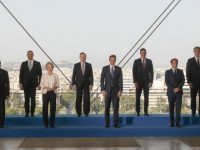