INDIAN AMERICAN The California senator could be the first woman of color elected as vice-president but has had to weather attacks on her race and gender took less than one day after Kamala Harris was announced as the Democratic vice-presidential nominee for a racist and baseless “birther” conspiracy theory to start circulating among her critics.

The morning after Joe Biden named Harris as his running mate, making her the first black woman and the first Asian American to join a major party’s presidential ticket, Newsweek published an op-ed casting doubt upon the California senator’s US citizenship because she was born to immigrant parents.

The argument was immediately discredited by legal experts, who noted Harris was born in a hospital in Oakland, California, and was thus undeniably a US citizen.

But that irrefutable evidence did not stop Donald Trump, one of the champions of the similarly baseless birther claims against Barack Obama, from stoking the conspiracy theory.

The president has continued his attacks against Harris in the two months since, most recently calling her a “monster” after last Wednesday’s vice-presidential debate.

Trump’s efforts to demonize Harris have taken on an added element of desperation heading into the final weeks of the presidential election, as polls show Biden leading nationally and in major battleground states.

The Democratic ticket’s significant polling advantage increases the likelihood that Harris will indeed become the country’s first female vice-president, potentially setting her up for a successful White House bid after Biden leaves office.

But Trump’s comments have underscored a consistent theme of Harris’s entire political career, one that will probably only be amplified if she becomes vice-president: it’s not easy being the first.

Harris’s involvement with political activism started when she was a child, a fact that she has frequently touted on the campaign trail. Her mother, a cancer researcher from India, and her father, an economist from Jamaica, met as graduate students at the University of California at Berkeley in the 1960s and became involved with the civil rights movement.

Her parents’ activism gave Harris what she has called “a stroller’s-eye view of the civil rights movement, surrounded by adults who were committed to service and community involvement”.

Harris has particularly credited her late mother with inspiring her to enter public service, saying during the vice-presidential debate, “The thought that I’d be sitting here right now I know would make her proud, and she must be looking down on this.”

After graduating from Howard University, a historically black university in Washington, Harris returned to California to obtain her law degree and join the Alameda county district attorney’s office.

Now Harris hopes to be a first again – the first woman to run on a successful presidential ticket. In addition to Hillary Clinton’s historic Democratic nomination in 2016, Geraldine Ferraro served as Democrat Walter Mondale’s running mate in 1984, and Sarah Palin ran with Republican John McCain In 2008. All three women suffered defeats.

If Biden’s enviable polling lead over Trump is to be believed, Harris is poised to break that losing streak.

The attacks against Harris began well before she was announced as Biden’s running mate. Although she had run against Biden in the Democratic primary and had confronted him at the first debate on his past opposition to mandated bussing to racially integrate schools, Harris was widely considered to be the frontrunner in the “veepstakes” as the August announcement approached.

Some of Harris’s critics sought to deter Biden from choosing her by going public with their reservations about the potential running mate.

Former senator Chris Dodd, a member of Biden’s vice-presidential selection committee, complained to an associate that Harris had shown “no remorse” for attacking Biden at the first debate, a conversation that was reported on by Politico. Other Biden allies griped to CNBC that Harris was unlikable, disloyal and too ambitious.

Many of these criticisms are familiar to those who followed Clinton’s historic presidential campaigns in 2008 and 2016. Clinton was frequently attacked as shrill, weak and – of course – too ambitious.

“There’s an uncomfortableness with women who are ambitious,” said Debbie Walsh, the director of Rutgers University’s Center for American Women and Politics. “There is this double standard, and ambition is always seen as an admirable quality in men and a questionable quality in women.”

As a woman of color, Harris faces the challenge of weathering attacks based on both her race and her gender. In addition to the birther conspiracy theory that emerged shortly after she was announced as Biden’s running mate, several political strategists argued Harris’s opponents have sought to use the racist trope of the “angry black woman” against her.

“We immediately saw sexist and racist language used to describe Senator Harris,” said Fatima Goss Graves, the CEO and president of the National Women’s Law Center Action Fund. “But other things were more subtle, and I think it’s important to recognize that calling her things like ‘nasty’ or ‘ambitious’ or ‘phony’ or ‘mean’ are dog whistles to remind people of these outdated ideas.”

In the days before Biden announced his running mate, who he had already promised would be a woman, Graves signed on to a letter putting newsrooms on notice about their coverage of the vice-presidential nominee. “A woman VP candidate, possibly a Black or Brown woman candidate, requires the same kind of internal consideration about systemic inequality as you undertook earlier this year” after the police killing of George Floyd, the letter said.

“It’s totally appropriate to talk about professional background and the roles that she has held over time,” Graves said of Harris, who has attracted criticism for her prosecutorial record. “Those are things that are really and seriously worthy of conversation. What is not worthy of conversation is any idea in 2020 that a woman can’t lead.”

Some of the most controversial attacks against Harris have come from the man she and Biden are trying to defeat on 3 November. Asked about Biden’s selection of Harris as his running mate, Trump told reporters in August that Harris, a member of the Senate judiciary committee, was “extraordinarily nasty” when she grilled Brett Kavanaugh during his 2018 supreme court confirmation hearings. (Trump similarly mocked Clinton as a “nasty woman” during the 2016 race.)

After the recent vice-presidential debate, the president attacked Harris as a “monster”, “horrible”, “totally unlikable” and a “communist”.

“It’s similar to the fears that a lot of the folks who support Donald Trump had about Barack Obama,” conservative commentator Tara Setmayer said. “They are combining their fears over the left and leftist policies with also an underpinning of racial animus.”

Democrats also argue that Trump is targeting Harris because he has failed to craft an effective attack strategy against Biden and believes it will be easier to make an enemy out of a black woman who, as running mate to 77-year-old Biden, could be a heartbeat away from the presidency.“When you can’t debate on the merits, when you can’t debate on the substance, this is what he always falls back on, and he can’t debate on the substance right now,” said Christina Reynolds, the vice-president of communications at Emily’s List, which works to elect Democratic women in favor of abortion rights.

“I think he wants to run against a so-called ‘nasty woman’,” Reynolds added. “Joe Biden is not as scary in his world.”

She went on to say, “I expect they will engage in dirty tactics, and this is going to be a knock-down, drag-out, and we’re ready.”

Despite the president’s comments about Harris, several strategists expressed confidence that Americans would reject fearmongering attacks based on her race and gender.

“The elements who support Donald Trump aren’t going to just disappear,” Setmayer said. “What I’m hoping, though, is that there are more of the sane people out there that want to see unity and not division … so that that type of racial hatred is no longer mainstreamed.”

The Biden team appears to be relying on a similar hope, considering the campaign has sought to highlight the historic nature of Harris’s nomination as the election approaches. The day of the vice-presidential debate, the Biden campaign released an advert called Mirrors that featured a young black girl watching news coverage about Harris’s nomination. At the end of the ad, the young girl steps on to a stage while the words, “On November 3rd, vote for her” appear onscreen. The girl says into a microphone, “Our time is now.”

“I cannot wait for America to get to see a woman at that level,” Reynolds said. “The attacks are always going to come, but I remain optimistic about what it’s going to mean to see her in that position.”

Biden himself has indicated he views Harris as the future of the Democratic party. Campaigning alongside Harris in March, months before she was announced as the running mate, Biden described himself as a “bridge” candidate who would help elevate “an entire generation of leaders”.

Those comments have intensified speculation about Harris running to succeed Biden if they win the election next month, raising the possibility that she could become the country’s first black female president.

“Each barrier that is broken down opens the door a little bit wider for the people who follow, but it doesn’t make the challenges go away,” Walsh said.

The vice-presidential nominee has voiced a similar sentiment in the past. In 2009, while Harris was running for attorney general of California, a reporter asked what her motto was. She responded by quoting her mother: “You may be the first, but make sure you’re not the last.”

… despite Donald Trump’s protestations. A new era is upon us following a result that has renewed hope for the US and the world. After four years of turmoil, misinformation, manipulation and division, a new president offers fresh promise for democracy, progress and for huge challenges like the climate emergency, Covid-19, inequality, and racial injustice. 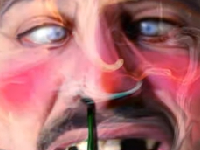 Biden’s Choice on Julian Assange and the First Amendment

Facial Recognition Is Running Amok in China. The People Are Pushing Back.