25 Percent of Brits Believe That ‘Secret Satanic Cults Exist’, According to Survey

Q A new report from Hope not Hate shows a worrying rise in support for the QAnon conspiracy theory.

Six percent of respondents to a UK survey claim to believe in the unsubstantiated QAnon conspiracy theory, a poll from advocacy group Hope not Hate has found.

According to its comprehensive report, “QAnon in the UK: The Growth of a Movement”, significantly more claimed to believe in conspiracy theories associated with the QAnon movement, with those from younger age groups most likely to believe in the theory.

QAnon is a US-born conspiracy that claims the existence of a secretive paedophile ring, made up of politicians and celebrities. The theory purports that Donald Trump is waging a secret war to stop this cabal, based on leaked information from an anonymous insider called Q on the far-right forum, 4Chan. In the UK, the movement has infiltrated numerous anti-lockdown groups, crossing over with anti-vaxxers and those who believe that the pandemic was human-made. Due to the anti-semitic tropes present in many QAnon theories, the movement has also attracts people from the far-right.

According to Hope not Hate’s poll, which surveyed 2,000 people, 25 percent of those surveyed agreed with the statement that “secret Satanic cults exist and include influential elites.” Young people were more likely to believe this: 35 percent of 18 to 24-year-olds supported the statement, as did 33 percent of 25 to 34-year-olds.

Young people were also more likely to claim to support the statement that, “regardless of who is officially in charge of governments and other organisations, there is a single group of people who secretly control events and rule the world together.” Thirty-eight percent of 18 to 24-year-olds and 43 percent of 25 to 34-year-olds were in agreement.

The poll also found belief in the presence of widespread child sex-trafficking. Twenty-six percent of those surveyed agreed with the statement that “elites in Hollywood, politics, the media and other powerful positions are secretly engaging in large scale child trafficking and abuse.”

While QAnon has been defined as a “domestic terror threat” in the US after being linked to a number of violent incidents, the movement’s presence in the UK is still marginal. However, Hope not Hate reports that QAnon protests have been held in 17 cities in the UK. Its growth globally has also led Facebook to ban all QAnon posts from the platform, and online clothing platform Depop to ban any merchandise associated with the conspiracy.

An anti-lockdown march in London this weekend also drew many supporters of the conspiracy, many holding “Q” and “Save the Children” signs.

David Lawrence, who co-authored the Hope not Hate report, said: “Although our survey consistently found that the young were more likely to say they agreed with conspiracy theories that fit into the QAnon worldview, it’s important to note that this was still a minority. At this point in time, it’s difficult to say exactly why this is the case.”

“Further analysis needs to be done on QAnon in the UK, which is a very recent phenomena flourishing in the unique and extraordinary circumstances of a global pandemic,” he continued. “In any case, it’s hoped that the recent global banning of QAnon from major social media channels will lessen the appeal of this potentially dangerous movement across the board, not just the young.” 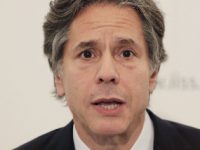 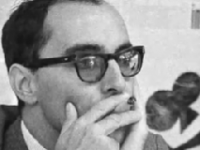 In the Face of Extraordinary Challenges, 36 Pioneer Cities Chart a Course Towards a More Ethical and Responsible Future