ANTI PRESS Curbing press freedom was among illiberal rule’s casualties even prior to the pandemic; attacks against independent newspapers and TV channels have not been limited to the Trump Presidency, which is notorious for its charge of “fake news” against critical reporters. But neutrality of the press can be a risky principle in the face of “alternative facts” such as Trump’s recent home remedies for the coronavirus.

The USA was ranked 45th out of 180 countries for its hostility towards news media in Reporters without Borders’ recently published World Press Freedom Index, with China (ranked 117th), Iraq and Iran among the countries mentioned for censoring coverage of the COVID-19 outbreak.

Instead of suppressing the spread of COVID-19, placing limits on press freedom could backfire, not only by reducing public awareness about the grave risks of the virus, but also preventing public debate about steps needed to mitigate the risks.

Moreover, this gag on press freedom compounds an unprecedented lockdown in which parliaments – even in liberal democracies – are hardly functioning, courts are not in regular session, street protests are impossible due to restrictions on the right to assembly, elections have been cancelled (for the most part), and universities are closed.

Under these circumstances, a free press is the only institution of countervailing power that could hold a government to account.

A widespread anti-press sentiment along with the detention, intimidation and jailing of activists and journalists, has become the order of the day in Turkey and India, to name but a few of the countries witnessing systematic assaults on press freedom in recent years, assaults that have escalated under the conditions created by the curtailment of civil liberties due to the threat of coronavirus.

Hungary suspended its parliament and further curbed freedom of expression, giving Prime Minister Orban unfettered emergency powers to rule by decree. China expelled American journalists for reporting on the dangers of the virus, while Iraq temporarily withdrew Reuter’s license after it published a story on the government’s under-reporting of COVID-19 cases.

On 10 April 2020, The New York Times reported that 28,000 workers at news companies in the USA had lost their jobs since the start of the pandemic. It is unlikely that the news industry will receive the federal aid that it is pleading for to prevent further job losses and closures.

What Buzzfeed has called “media extinction” comes in the wake of decades of layoffs and the shutting down of small local and regional newspapers, but also of large, progressive news sites, such as ThinkProgress in 2019. Fox News, however, continues to gather strength, posting record ratings in the first quarter of this year.

The commercialisation of the public sphere, along with the enormous concentration of power in the hands of very few media companies, which are closely linked to politicians in many a liberal democracy, spells danger for press freedom, as does repression by authoritarian governments. Both trends result in a near monopoly over information.

The WHO’s Director-General alerted us recently that the pandemic is also an “infodemic”, one that has given a fillip to spurious conspiracy theories circulating widely in various social media: “fake news” spread not only by ill-informed private individuals or ill-intentioned groups but also by governments.

But it has drawn attention once again to the dangers of “dead” or “buried” news suppressed by those in authority along with the deployment of all kinds of strategies to control information and mute public debate.

The rhetoric of the pandemic as “war” against an invisible enemy employed in France, as much as in China and the US, serves the same function.

In the absence of the freedom of the press, neither protest nor dissent can be voiced. The COVID-19 crisis may have accelerated the speed of the movement towards the slippery slope of dismantling democracy and human rights in many parts of the world.

DIRECTOR OF THE ALBERT HIRSCHMAN CENTRE ON DEMOCRACY 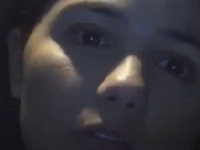 Documentary. What Happens When a ‘pro-Israeli’ American Student Watches Videos of Soldiers in the West Bank

USA. Far-Right Extremists Are Hoping to Turn the George Floyd Protests Into a New Civil War

Threat to hit Turkey in Libya underscores risk of escalation 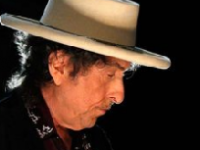