At the outset of the landmark trial of a member of the militia thought to have been responsible for the deaths of 100,000 people in Uganda and the displacement of 1.7 million, duty counsel Hélène Cisse told the court that Mr Ongwen had been “forced to live in the bush for 20 years, with no access to education”.

Joseph Kony, a Catholic altar boy in his youth, is one of Africa’s most sinister and bizarre figures. The LRA, which began as a resistance movement to atrocities committed by the government of Yoweri Museveni, terrorised northern Uganda for decades, mutilating and killing civilians.

At the height of its influence, the LRA numbered thousands of combatants, women and children. After it was driven out of Uganda in the mid-2000s, it continued to prey on civilian populations in Congo, the Central African Republic and parts of what became South Sudan.

Mr Ongwen is facing trial at the ICC on charges of crimes against humanity and war crimes for his role in the brutal 30-year campaign by the LRA. He appeared briefly before the court, dressed in a dark suit, white shirt and checked tie, to confirm his identity and that he understood the charges.

Mr Ongwen was abducted by the Lord’s Resistance Army as he walked home from primary school as a child, according to his family. He told the court he was 14 at the time. The LRA is believed to have abducted at least 30,000 children to recruit as soldiers. Anneke Van Woudenberg, a senior researcher at Human Rights Watch, said emotions surrounding Mr Ongwen’s trial were highly mixed. “This is an important moment for accountability for the LRA’s crimes, when the victims will finally get their day in court,” she said. “But it’s also a difficult moment. Here is a child who suffered, who was himself abducted. And he will now have to answer for his crimes.”

But while Mr Ongwen may have been a victim, his own record as an adult is one of clear brutality. After his abduction, Mr Ongwen rose quickly through the ranks of the LRA, being moved to South Sudan in 1994 and becoming a platoon commander soon after. His reputation as a hardline leader brought him into favour with Kony and he was promoted to the rank of brigadier at the age of 28. “They found me a very sharp recruit,” Mr Ongwen said of the time after his kidnap, in a video seen by the Associated Press.

He became the leader of the Sinia Brigade, one of the four main LRA units responsible for atrocities across northern Uganda, South Sudan, Democratic Republic of Congo (DRC) and Central African Republic (CAR). The group has been responsible for the murder of thousands across the region, as well as torture, kidnappings and the use of sex slaves. 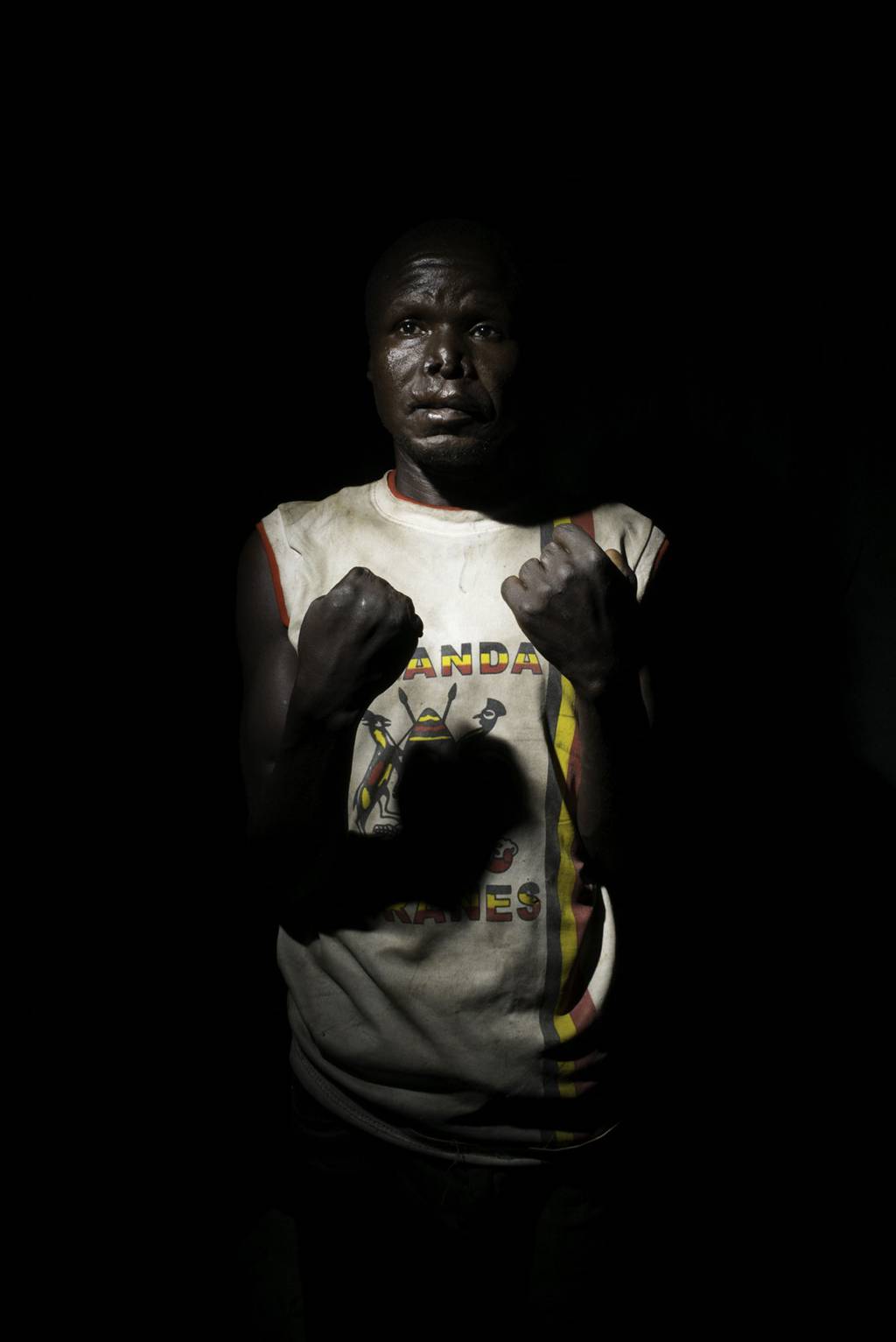 Forces acting under Mr Ongwen are believed to have been responsible for a brutal massacre in the Makombo area of north-eastern DRC in 2009, in which more than 300 civilians, including 80 children, were brutally killed. Men were hacked to death with machetes or had their skulls crushed with axes and heavy wooden sticks, according to a Human Rights Watch report.

Relations between him and Kony appear to have soured during negotiations with the Ugandan government, when Mr Ongwen stood by his former commander, Vincent Otti, after Kony ordered his death. It was at a meeting with Kony last December when, after he rejected a plan to abduct people in the CAR, that Kony reportedly forced him out of the group. He was later handed over to US soldiers and then on to the ICC.

Mr Ongwen is one of five commanders indicted by the ICC in 2005, including Kony. The other three – Raska  Lukwiya, Okot Odhiambo and Otti – are either known or presumed to be dead.

It is Kony, said Ms Van Woudenberg today, who the victims of the LRA would truly like to see before the court. “He is the man who should really have to face justice,” she said. “This is not an armed group that anyone goes to join because they agree with its ideology or with Joseph Kony.” Recruits are brutalised from an early age, forced to witness extreme violence and taught to kill, she said.

It is thought most likely that Kony is hiding out, along with a much-depleted LRA, in the Kafia Kinji region, a disputed area on southern Sudan’s border with South Sudan and the CAR.

Another hearing is set for 24 August when judges will hear prosecutors’ evidence and decide if it is strong enough to merit a full trial.

Film by Christian Aid/Tom Pietrasik. Will Storr travelled with the assistance of Christian Aid. For more details and videos, see christianaid.org.uk/in-konys-shadow