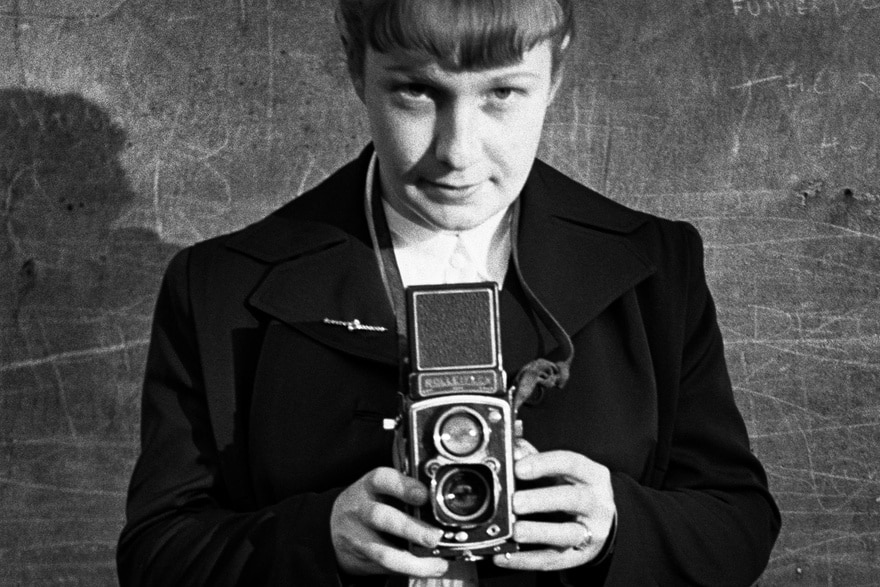 CLIC CLAC Sabine Weiss ranks among the world’s top photographers. In tribute to her career, a beautiful retrospective exhibition in Venice gathers more than 200 of her photographs. SWI swissinfo.ch introduces six of the images.

Weiss resisted the “humanist” label that commentators so often applied to her. In one of three documentary films at a Venice retrospective honouring her work, she calmly says, “I don’t like being stuck in a category; I’m a versatile photographer.” She apologises amiably for her lack of modesty, but she knew she was right.

Weiss was indeed a versatile photographer. Born in 1924 in canton Valais, southwest Switzerland, Weiss died last year in Paris, where she had lived for much of her life. Over the course of her career, her lens embraced variety across Europe, Asia, and America. It observed every stage of life from childhood to old age. It captured people across the social spectrum: destitute and wealthy, unknown and famous, writers and artists (herself included).

The current exhibition in Venice reunites more than 200 of Weiss’s photographs and reflects the breadth of her opus. This retrospective – Sabine Weiss: The Poetry of the Instant – runs until October 23 at Casa dei Tre Oci, a magnificent early-20th-century building on the Venetian Lagoon island of Giudecca across from St. Mark’s Square and the Doge’s Palace.

It takes five minutes by vaporetto – the iconic water buses of Venice – to cross from the Doge’s Palace to Giudecca. Inside the exhibition, the landmark Gothic palace reappears in this 1950 photograph. Its majestic colonnade is at an angle in deep perspective. The chiaroscuro feels timeless. Weiss stands next to the row of columns, her body in profile, her head turned towards the camera. The city and her shadow are at her feet. It is an instant of poetry that turns her into a Venetian star. Did she know at the time that her fame would bring her back to the city after her death?

In this 1955 photograph, Alberto Giacometti might be an alchemist. The sculptor of Walking Man is frozen. His gaze fixes on the camera lens, but his mind is elsewhere. In his studio, which resembles a cluttered underground laboratory, he seems to be wondering how to bring order to his thoughts and art. Maybe he admits, deep down, that talent is a secret affair, an alchemy that no formula can explain.

Weiss identifies this man, seen from behind in silhouette, as her husband Hugh, but he could be anyone running through evening fog. A mysterious atmosphere saturates the shot. Weiss took the photograph in 1953, the same year Samuel Beckett’s Waiting for Godot premiered in Paris. At the time, there was frequent intellectual collaboration among the city’s artists and writers. Beckett’s characters longed for a supernatural being who could lighten the weight of their worries. Was this on Weiss’s mind as she pressed the shutter? Who is the man chasing?

New York in the 1950s. This photograph is less intimate than the previous ones. It considers the public sphere, offering a provocative view of religious activism. On a city street, a poster-sized comic strip urges people to save their souls, while an American flag waves just behind it. Patriotism and religious faith: an interplay still very much in force in the United States today.

There is lightness and joy at a dance in a forest clearing in Nazaré, a Portuguese coastal town. It is Sunday, according to the exhibition wall label, and the atmosphere is giddy. Two women step gaily to the music, while the men are content to watch them, some with a trace of desire. Weiss often focused on children in her work, and here they add a sacred touch to the Sunday party.

Another party, another style – this time significantly less rustic. Weiss worked with famous magazines, including Life, for which she took this photograph in 1958. Yves Saint-Laurent is showing his first collection for Christian Dior. Luxury and voluptuousness! A king stands among the irresistible princesses of his haute-couture court.