HERE COME THE SUN. Sure, roads made of solar panels sounds like a great idea and one that could possibly get this country truly running on solar power; however, just how feasible is this plan?

For one, it would be quite costly. Each panel costs about $7,000 to build, and the plan calls for billions of them to cover the roadways [source: Telegraph.co.uk]. Installation would take huge amounts of time and money, and so would training crews to maintain them properly. Most likely, it would take several years before the electricity generated by the panels would recoup their own cost. For this reason, the company suggests smaller-scale projects are the best place to start.

Then there’s the question of durability. Our roads take lots of punishment from cars, trucks, motorcycles and tractor trailers, not to mention the fact that they could be damaged in traffic accidents. How would these glass panels hold up against that kind of punishment? And if we depend on the solar cells for traffic signals and power for electric cars, what happens if the sunlight collectors become damaged?

In addition, the cost of repairing these solar panels is likely more expensive than it would be for fixing ordinary, asphalt roads. The company says it could utilize a type of self-cleaning glass to keep the surface clear of dirt and grime, but this process is yet unproven.

Then there’s the big problem with solar energy: cloudy days. Current solar power technology is very inefficient — in fact, most solar panels only convert about 14 percent of available energy into electricity [source: Northwestern University]. And on days when sunlight isn’t readily available, like during the long winters in many parts of the country, you have to wonder where the power would come from. This is why solar energy is considered to be only one type of renewable energy source rather than the sole source of power — it’s difficult to rely on.

Despite these drawbacks, there’s no doubt that solar panel highways are a unique and groundbreaking idea. It’s the kind of thinking we need to do in order to get ourselves off of our fossil fuel addiction and running on a more eco-friendly power source. So in a few years, you just may find yourself driving on glass solar panels instead of asphalt.

For more information about solar power and other related topics, follow the links on the next page.

You’ve probably seen traffic warning signs on the side of the road with small solar panels attached to them. While they’re one example of how solar power can aid our driving experience, they’re only the tip of the iceberg. In August 2008, the Oregon Department of Transportation installed a row of solar panels five feet (1.5 meters) wide and twofootball fields long at an interchange near two interstate highways. The panels are designed to feed into Portland General Electric’s grid, supplying nearly 30 percent of the power necessary to run the highway’s lights at night [source: Rivera].

As you can see, solar panels already have applications on our roads. But some are taking that idea even further and proposing that we build the roads themselves out of solar panels. Solar Roadways, a U.S. company, has a plan to create structurally engineered rows of solar panels that cars and trucks can actually drive on. And while we’re driving on them, they’ll collect solar power that can supply power to our homes and businesses.

The “solar highways” consist of individual panels with three layers — a top layer of high-strength, textured glass that provides traction for vehicles, an array of solar cells beneath that for gathering energy, and a base plate that distributes the collected power [source: Solar Roadways].

They’re more than just solar energy collectors, too. The panels contain LED lights, powered by the sun, that can act as road and warning signs built into the road itself. In addition, they can use gathered heat to melt snow and ice on the roads.

The company also says that having a source of electricity beneath cars at all times would make it easy for electric vehicles to stay charged up at roadside stations — clearing the major hurdle that EVs face, which is finding places to charge when they spend their batteries [source: Solar Roadways].

With each 12-foot by 12-foot (3.7-meter by 3.7-meter) panel capable of producing 7.6-kilowatt hours of power each day, each mile of solar roadways could produce power to run as many as 500 homes [source:Jacquot].

The U.S. Department of Transportation thinks it’s a good enough idea to give the company a $100,000 grant. But can the solar panels really hold up? On the next page, we’ll look at the disadvantages of solar panel highways and see if the idea is truly feasible.

·         Are solar-powered vehicles still a possibility? 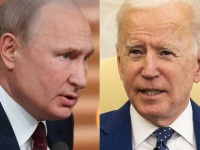 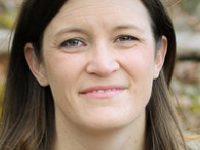