AFRICA. The artist and philanthropist shares stories from the trip that inspired his new gallery show

Last February, Julian Lennon began a thousand-foot climb in the mountains of Ethiopia. His companions sped ahead, but the 51-year-old artist took his time, catching smaller details when he paused to catch his breath. « I just sat down, looked around and really absorbed it, » Lennon tells Rolling Stone. « Otherwise we would have gotten up to the top of the mountain, I’d have a nice view, take a few snaps and go back down. » Lennon did find time for some snaps, however, and his latest photo exhibition, « Horizon, » displays the most remarkable of those at New York’s Emmanuel Fremin Gallery. Where « Timeless, » his 2010 show, featured photos of U2, Kate Hudson and his half-brother Sean, the new collection documents Lennon’s trips to Ethiopia and Kenya. There his non-profit the White Feather Foundation collaborated with Charity: Water (another non-profit) to bring clean H20 to thousands of people.

Traveling in a Jeep for hours each day, Lennon attempted to shoot regular life in East Africa, taking stills of surrealistic landscapes, lone animals and inquisitive children. « These people are incredible, » he says. « They survive, and it’s really, really mind-blowing. » (Rolling Stone) 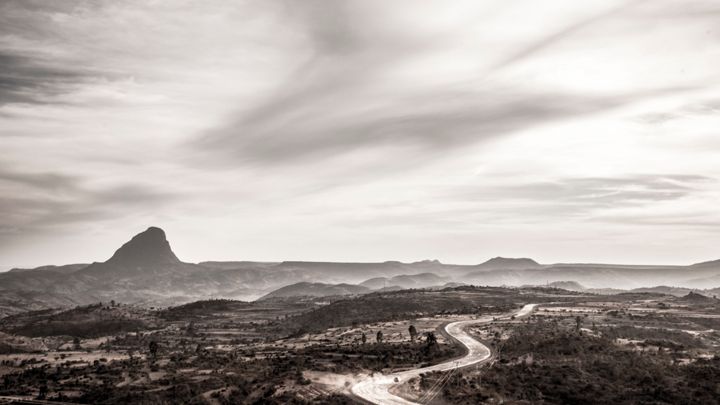 Lennon took approximately 5,000 photos during his trip and foresees a Horizon 2 in the future. « This is sort of like the tip of the iceberg. It was good to be able to see this first-hand, because with the White Feather Foundation, I’ve been helping a few causes but have never physically been to any of these places. »